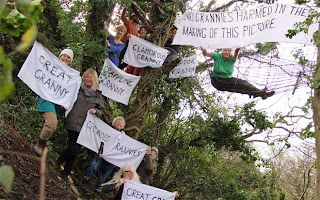 COURAGEOUS countryside defenders have set up a camp at Combe Haven in East Sussex, but now the authorities are threatening to use force on them to impose the demands of capitalist 'growth' on the Sussex countryside.

There was a time when the authorities pretended that new roads were needed to "prevent congestion" on existing routes, but now they seem to be much more blatant about the business agenda behind this destruction of our natural environment, with the county council saying the Bexhill link road is essential to "regenerate" the economy.

Note how natural and organic-sounding words like "growth", "regenerate" and, indeed, "development" are used to mean the exact opposite of what is really involved - in this case chopping down ancient trees and putting Tarmac all over our green fields in the name of profit.

The Combe Haven Defenders site said on January 14 that contractors had moved in in force that day to evict the “Three Oaks” camp near the railway line opposite. Upper Wilting Farm in Crowhurst (see press release below), and that police had told activists that they plan to evict the remaining two camps (“Decoy Pond Wood” and “Base Camp” – see map below) this week.

Supporters are being urged to get down there fast! 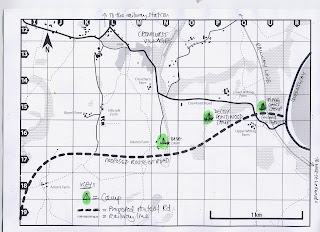